You had your signing day. 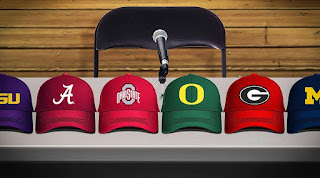 You signed your commitment letter. 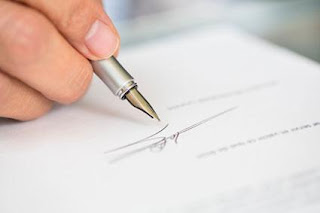 Everyone you know is now looking at you like you are an NFL celebrity, even though you haven't even played one down of college football. 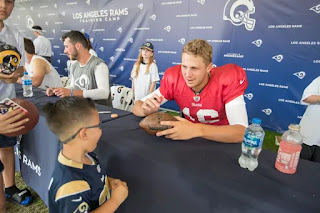 While most people think you are set for life, the reality is that the journey is really just beginning.

Just because you committed to a college, it doesn't mean the hard work is over or that the toughest parts are past you.

In fact, the first few seasons as a college football player will be the toughest.

As you begin your journey towards becoming a college football player, here are 5 things you absolutely need to remember.

Ignore them at your own risk, but don't be surprised if your career is over before it even started.

Whether you like it or not, you are a walking billboard for your high school, your neighborhood, and your family. 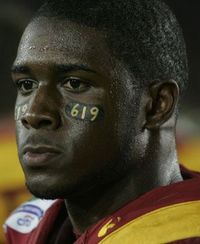 How you play and how you handle yourself could dictate if your college bothers to recruit another player ever again from your high school.

Come into camp out of shape, they will question your school's strength and conditioning program.

Practice without emotion, they will question your school's heart.

Show up late or miss practices, they will question your school's character.

Quit ... and they will never question anything again about your school. That ONE ACTION will define everything they need to know. 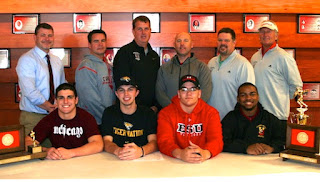 Oddly, we never see the same posts when 50% of these same players quit.

Unfortunately, this is shame you will have to carry with you for the rest of your life. 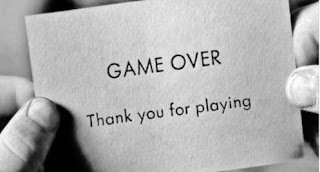 You can never get these years of your life back.

You will not be able to fill the void by playing men's flag football.

You will simply spend the next 60 years of your life looking back and wishing you haven't given up.

Be the defensive end from Purdue ... 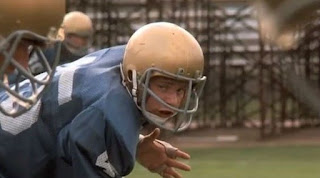 One of the greatest scenes from any movie ever is when Rudy gets into a fight during practice with the starting offensive tackle from Notre Dame.

The tackle was either a super nice guy or tired of tossing Rudy all over the practice field, so he let up on him at the point of attack.  Rather than be grateful, Rudy goes berserk and says "Don't treat me like your little brother, I am the defensive end from Purdue."  (Watch the full 4-second clip HERE.)

The beauty of this scene is that Rudy took pride in his critical role as a scout player on the team. He wasn't crying about playing time or being used a blocking dummy.

He knew his best contribution to the team was to help the starting offense prepare.

To do that, he had to prepare like he was the starting defensive end from Purdue.

Contrary to popular belief, if you start on even one special team you are considered a starter. 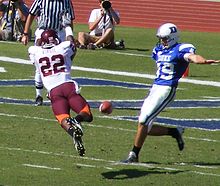 During your freshman year (and every year for that matter), you should fight, scratch, and claw for a way to play on special teams.

Don't let your ego get in the way of you volunteering to run down on kickoffs or attempting to block a punt.

If you are not slated as first string on any special teams, volunteer to be a scout player. It may be tiring running down on 12 kick-offs in a row for the starting kick-off return team, but it will be worth it in the long run.

I remember being humbled the first day I walked into our college weight room.

The first thing I saw was a 175lb freshman corner back repping out 225 x 23 on bench press like water.

It didn't take a genius to realize I wasn't in Staten Island anymore ... 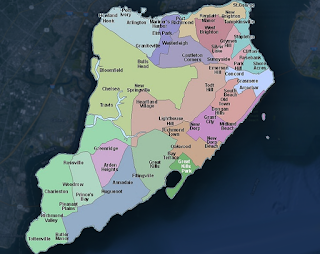 The longest time you will have to train in your football career without interruptions is from the last game of your senior season until when your college camp begins.

There are no spring practices or summer practices that would normally slow down your progress like they did when you were in high school.

Sadly, many seniors don't take advantage of this.

Time and time again, we see things like the senior prom (and the trip immediately after) and graduation parties take priority over training.

Fast forward to them puking on the sidelines after failing their college conditioning test, wishing they hadn't wasted their summer clinging to their glory days. 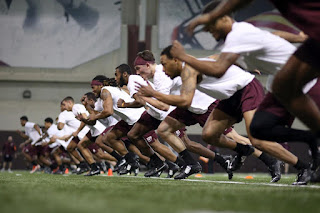 If you are serious about playing college football, I highly recommend that all college bound seniors perform the following steps.

Playing college football is a full time commitment. In many, many cases it is more like a job than it is an after-school hobby.

You will be thrown on a field with grown men who are 4 to 5 years older than you, coached by other grown men whose livelihood depends on how well you play.

It is not going to be easy, but it is the hard times that make us strong.

Not matter how hard it gets, DON'T QUIT!!! 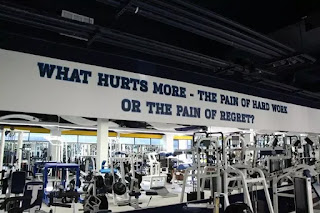 Posted by George Mahoney No comments: