As always, the Toughman Competition lived up to its name.

Only 7 of the 16 competitors finished in under 3 minutes and one tapped out.

What made this year different from the previous years is that there was no break between events.

Each athlete had to start by dragging 170lb sled 20 yards.

After 20 yards, they would have to turn and backpedal another 20.

The intent of this event was to focus on both speed in dexterity.

For one, how fast could you run while dragging 170lbs behind you.

And secondly, how skilled are you to turn around, reset the chains, and pull it another 20 yards.

After finishing the first event, the athlete immediately moved to the 40 yard farmer's walk.

A traditional farmer's walk is performed with only one hand carrying the loaded device, but we gave the athlete the option to use two hands if they wanted to.  (It should be noted that any athlete who used two hands did not finish in the top ten. From my experience, using two hands does not allow you to move at optimal speed in this event.)

The focus of this event was on both hand strength and stabilization.

The hand strength portion is obvious. If don't have strong hands, you have no shot of carrying this thing across a field.

As for stabilization, this is really tested by only using one farmer's walk bar. By having only one side of your body loaded, you have to stabilize your entire core to keep from tipping over.

To make it worse, you have to maintain this stabilization while moving the farmer's walk from one side of the field to the other.

(If you ever had sore obliques after performing heavy farmer's walks, now you know why).

Traditionally, "The Prowler" (aka "The Predator") has always been the most feared event during the Toughman.

In the past, we loaded The Prowler with 90lbs and performed a 100 yard shuttle in increments of 25 yards.

This year, we loaded it with 100lbs and performed an 80 yard shuttle.

Given that we had no breaks, I wanted to trim some yardage off the shuttle. (which is why we only went 80 yards)

Having said that, I added some extra weight to keep our guys honest. (which is why we made it 100lbs as opposed to 90)

As you can see from the picture above The Prowler has two sets of handles - the high handles and the low handles.

The high handles are traditionally much easier for the athlete to push.

It is the low handles that usually destroy the athlete.

If you don't get low enough, your body weight actually starts to press down on The Prowler.

Now you have to push the 100lbs, The Prowler, and whatever weight your body is forcing downward.
Clearly, this is where the fun stops.

Yes ... these are the things you use to move furniture. 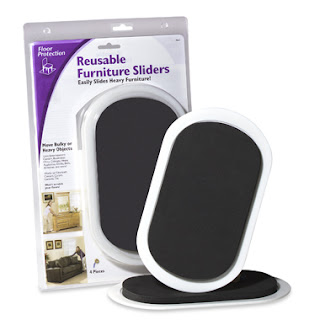 In this event, the athlete places the sliders under his feet and uses his hands to push himself 40 yards across the field.

In addition, you have to maintain control or the sliders will slip out from under your feet.

The worst thing you can ever do in this event is stop.

Once you lose momentum, it is very, very hard to get started again.

If you asked our athletes, almost all of them would say this was the toughest part of the competition.
(So much for "The Predator")

Until then, enjoy the highlight video.